Haven't written an art related blog post in such a long time and I know lots of you said that you enjoy them so I thought I would tell you today about a fantastic project run by Tate called After Dark. Late at night for 5 nights the general public can watch live as other members of the public drive 4 robots around the Tate Britain gallery while listening to a live commentary by artists, lecturers, educators and critics. The commentary talks about the paintings the public are viewing through the robots and covers 500 years of British art.

It is fascinating to see these art works in a different light and rather novel way! I have seen art works I know and love and seen and learnt a little about lots of works I am unfamiliar with. You can apply to drive a robot and unfortunately I was unsuccessful but it was still fun watching others drive them around while the live commentary was running.

Here are some screen shots from After Dark 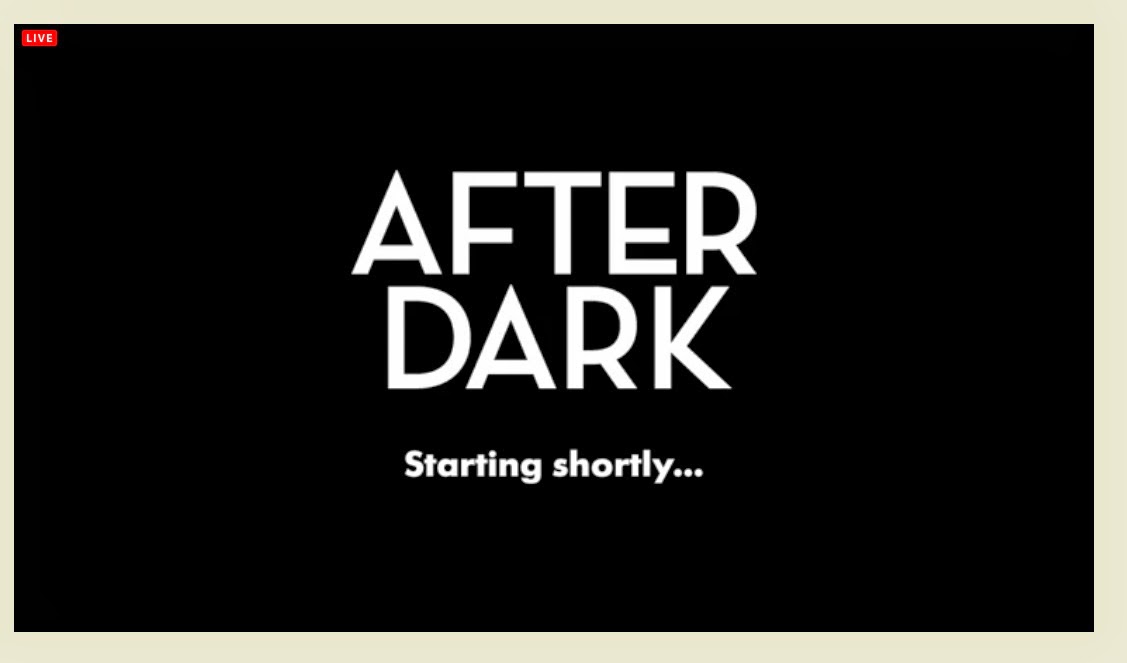 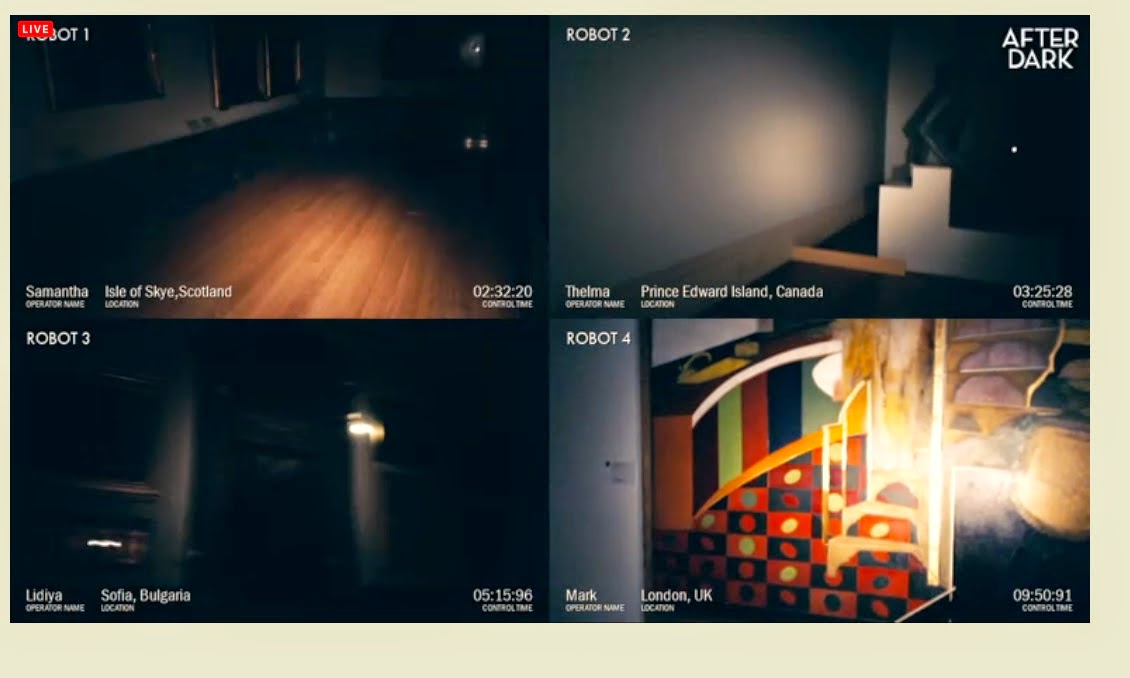 As you can see from these screen shots, people from all around the world requested to drive a robot around the Tate. 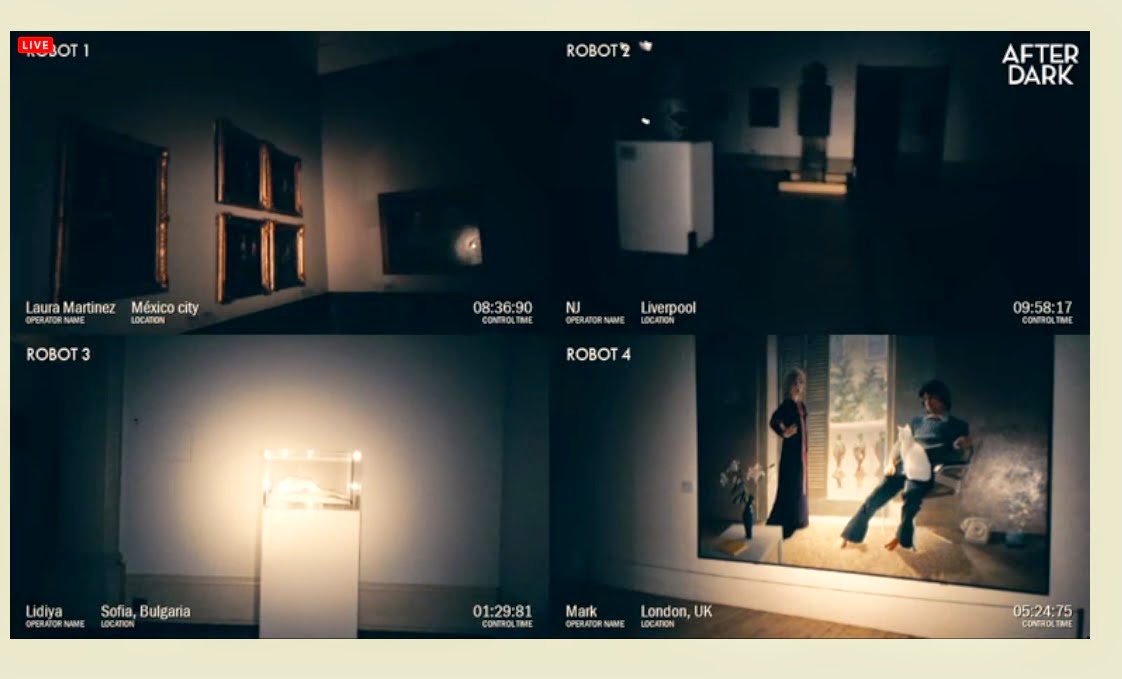 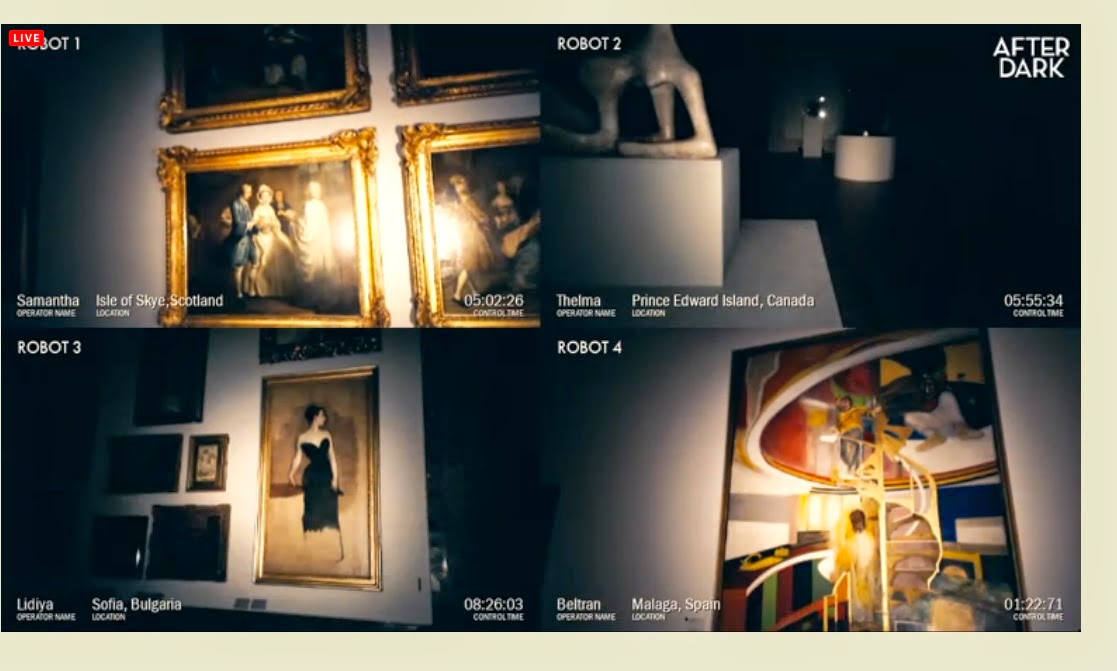 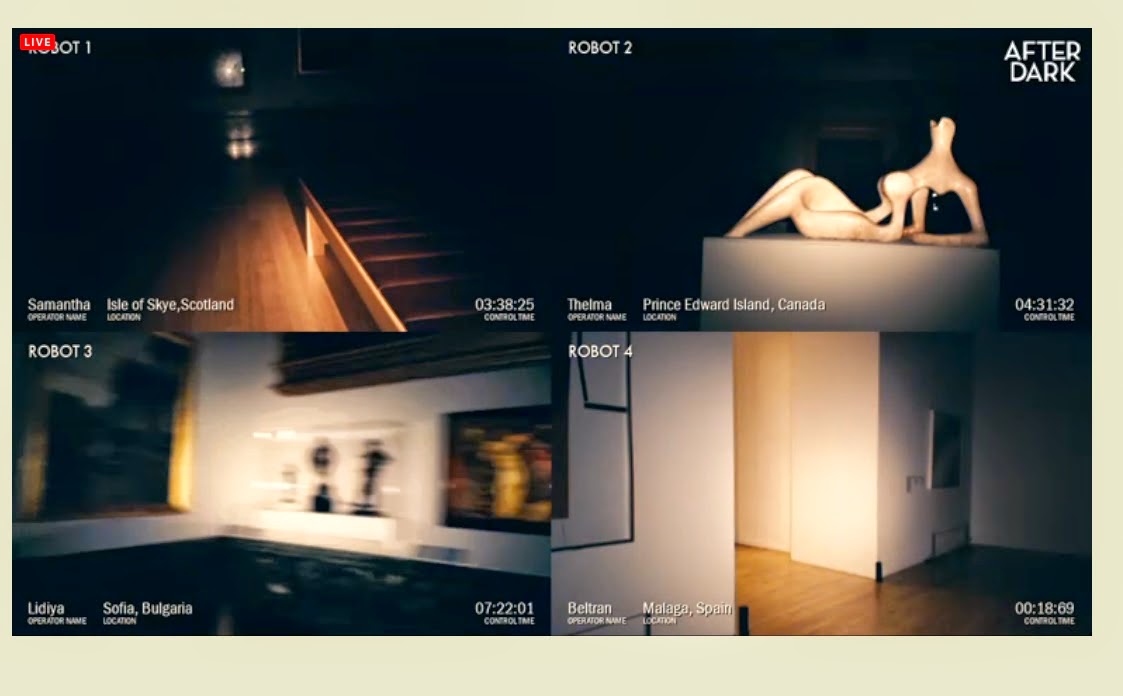 Verdict - Yes it is a gimmick, the microphones are sometimes a bit muffled and you can't always see the works too clearly. But, it is fun and will hopefully bring British art to a wider audience, engage new audiences outside the typical gallery-goer and perhaps spark an interest in art with someone who might not have visited a gallery otherwise so I think it is fantastic! The commentary was very informative and you get to learn a little about a huge range of artworks in a short period of time. It is a wonderful experience to feel as if you have snuck into the Tate after dark and was at times eery and at other times rather magical.